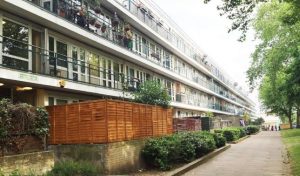 Three students sharing a flat in the Kentish Town area of Camden*  brought this Rent Repayment Order application, on the basis of a licensing offence, against whom they thought was their landlord. Well, in a way they were right. The landlord named on the tenancy agreement was a property agency: this agency had signed a 5 year guaranteed rent agreement with the property freeholder. This was effectively a short-term lease agreement allowing the agency to sublet and manage the letting.

A few weeks before the Tribunal hearing, a decision was made to substitute the freeholder or head landlord as the respondent in the case. The agency had exercised a clause in their agreement with the freeholder, their “guaranteed rent agreement”, where it stated clearly that all licensing requirements were the responsibility of the freeholder. At the time the agreement was signed, the property was not let and so was not licensable. Given that the agency was responsible for the sub-letting, which caused the property to be licensable, one wonders how fair the above clause was: a question for Trading Standards?

The tenants at the hearing were a bit wrong-footed by the switch: they had hardly ever had contact with the head landlord. The freeholders, a married couple, admitted that, although they did not live so far away,  they had not visited the property between 2014, when they had bought it, and May 2018, when they came to deal with a leak (because the agency hadn’t responded).

The tenants declared that they had had no particular problems with the freeholders. The agency, on the other hand, had been unresponsive and had done very little to help them with any issues. Likewise the head landlords had no real complaints about the tenants but repeated similar allegations regarding the agency. Many serious repairs that needed attention had been ignored and the flat was in a poor condition. The agency had not protected the deposit and had claimed  a disputed £300 at the end of the tenancy. There had been no inventory taken at the end of the tenancy.

For a moment it seemed like the real culprit had slipped away.

However, it was also clear that the freeholders had not taken the responsibilities of property ownership seriously.  They had clearly imagined that the guaranteed rent agreement had meant they could wipe their hands of all issues to do with property management. Perhaps it had been presented in such a way by the agency. But you cannot ignore very important terms in a written contract. It was negligent of the freeholders to consider that the signing of a lease agreement with an agency had meant they never needed to visit the property for 4 years to check on it. The freeholders did not really explain why they had had so much trust in the agency. A judge asked the freeholders why they had not terminated their contract with the agency, given the number of problems they had had. The answer: the freeholders wanted the regular rental income and claimed they didn’t have time to hunt for a new agent or tenants or enough money to withstand a period where no rent was coming in. They claimed next to no savings, loan payments and other regular costs including those for a sick relative in India etc.

When a member of the Tribunal asked the landlords why they had bought another property to let out: as they already owned another property in (Finchley Rd.) where they lived and despite their financial obligations and difficulties. They answered that they wanted something more to show for their achievements.

Perhaps what this case highlights more than anything is that some people should not be landlords. If you don’t want to take responsibility for a property, perhaps you shouldn’t buy it in the first place? A property previously owned by the couple had been bought by Camden under a Compulsory Purchase Order: we did not learn why. The money from this sale was used to purchase the flat discussed here.

If you buy a flat for £380,000 in 2014 and try to sell it for £549,000 18 months later then it is clearly disingenuous to plead poverty against a legitimate claim from tenants that have been living in unsafe and poor conditions due to your lack of care.

Awaiting the decision on this one: will post when we have it.

*Camden operates an additional licensing scheme: all properties let to 3 or more occupants forming 2 or more households are licensable.